A Lot Has Happened

WHOOPS
I missed a couple of weeks.

Not a very successful start to my new job as a Doggy Blogger, but I do have a really good excuse.

A couple of times I've suffered from unexplained lameness in my front leg which as always healed with rest, but mummy decided it needed investigating as there was no reason for me to be going lame.

So off to the vets I went for X-Rays, then a couple of days later mummy gets a phone call that I have to go to Fitzpatrick Referrals for a CT scan as something is wrong.

Off I go to Fitzpatricks and have my scan, it turns out I have fractures in my elbows. Apparently I'm suffering from something called Fragmented Medial Coronoid Process (FCP) which too you and I  means I have Elbow Dysplasia, you can read more about FCP here.

Everypawdy is very upset by this news, my mummy especially, she waited a very long time to find me, we had many plans of the things we would do together but at the moment we're not sure what the future holds.

I stayed at Fitzpatricks in the hospital for two nights and had an operation on both my elbows to remove all the diseased bone and cartilage, it was called a Subtotal Coronoid Ostectomy (SCO).
As a result of my surgery I can only walk on the lead for the next 12 weeks, no free running and nothing that will cause impact to my elbows.
I also got given the weirdest hair cut and had to wear **whispers behind paw** The Cone of Shame! 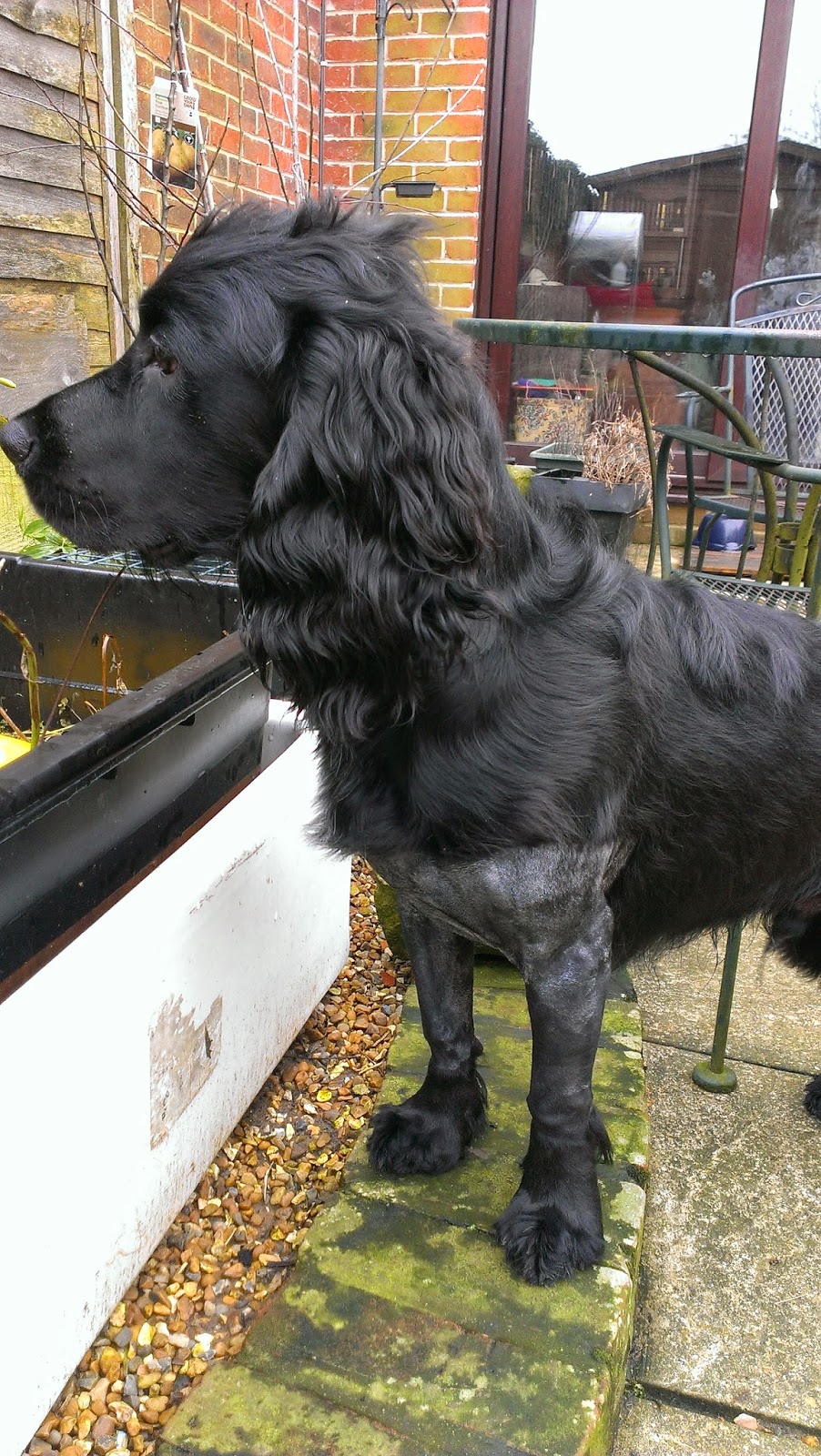 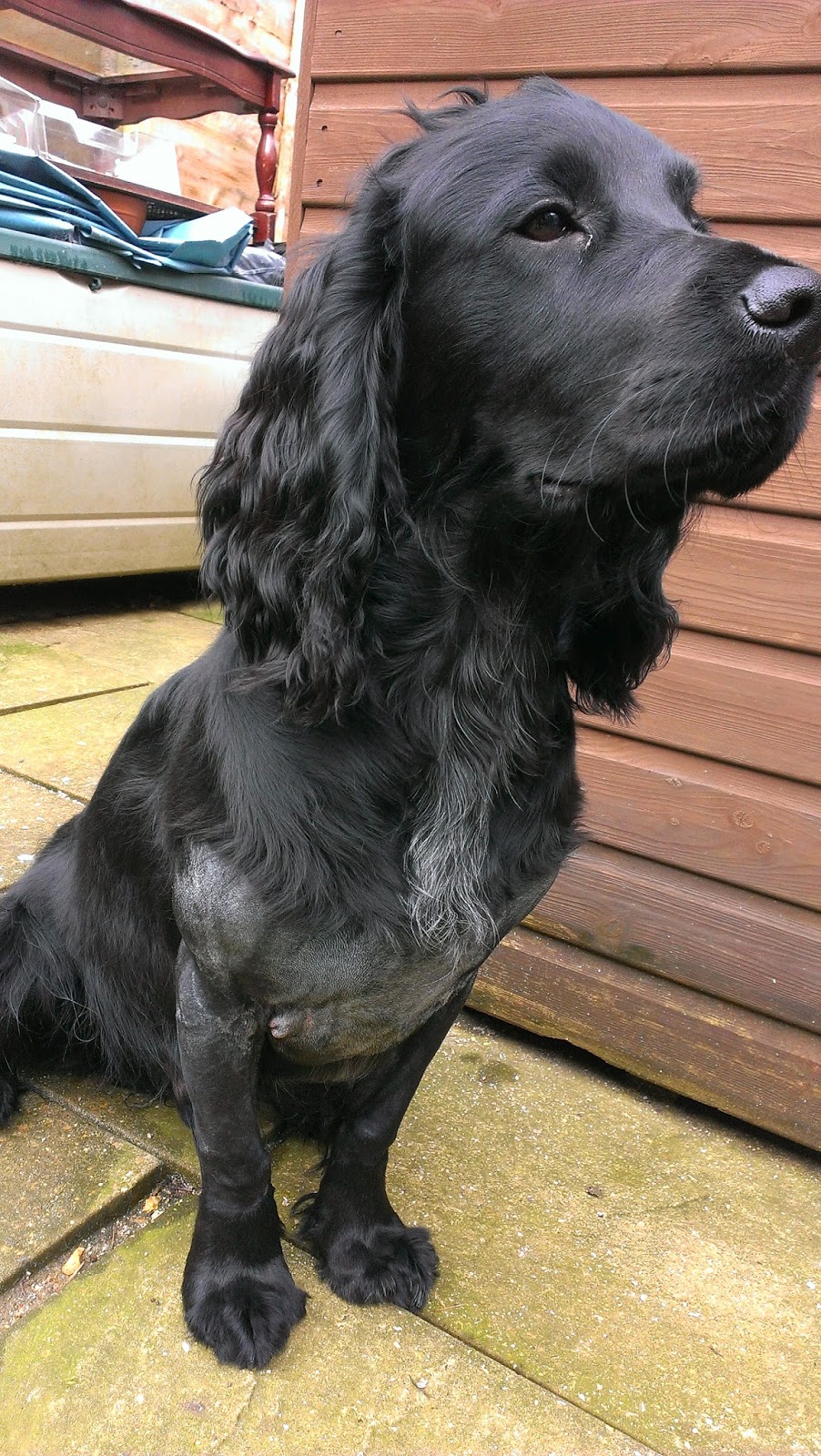 Luckily mummy had one of them fat collars, so as soon as I got home she put it on me instead, she said I was far too dangerous with that cone on, keep bashing into things. 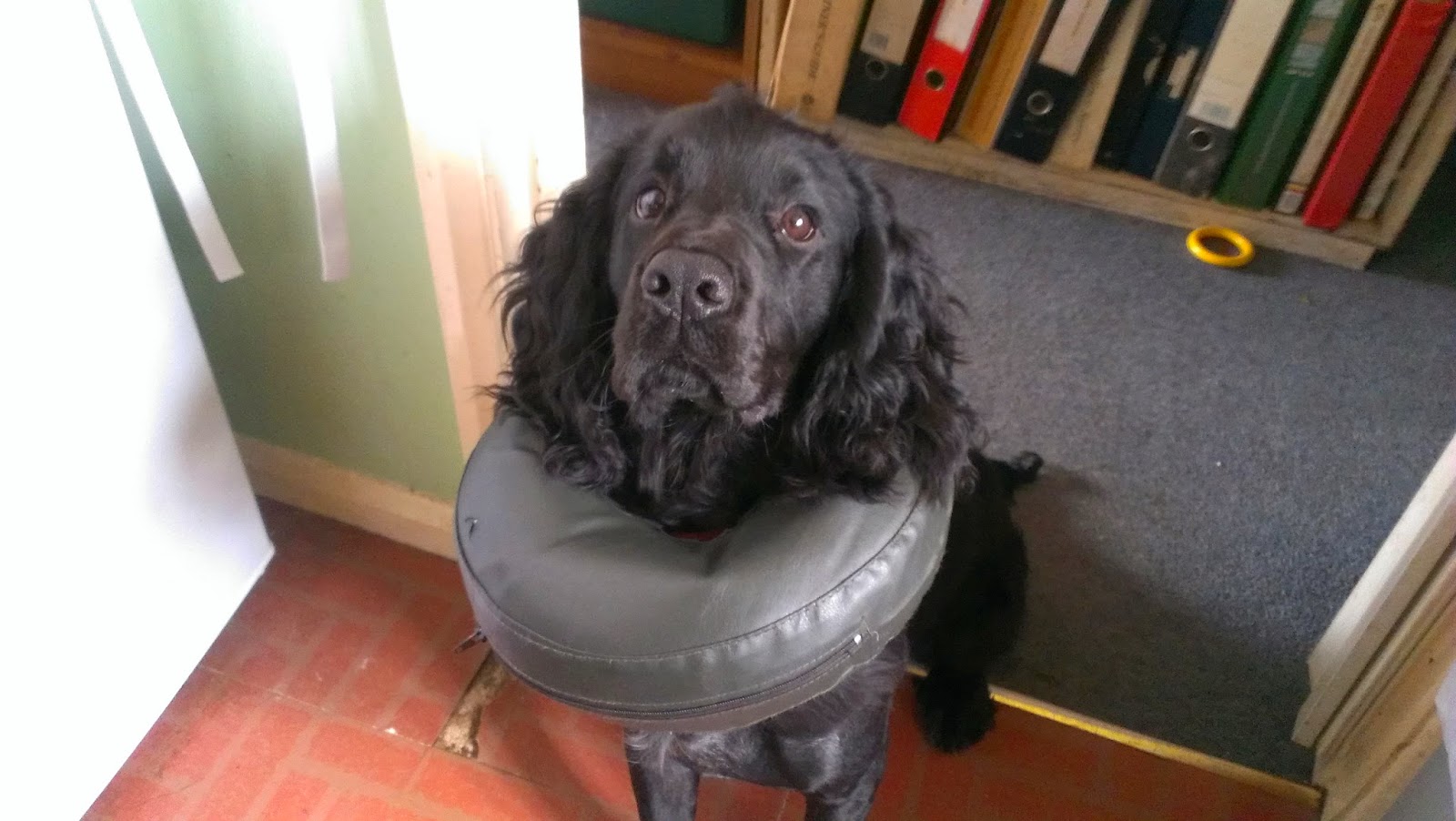 Here I am waiting to go into the vets to have my stitches removed and to see the Physio, thankfully my fur has started to grow back, but it can still get very chilly, so  sometimes I have to wear a coat now. 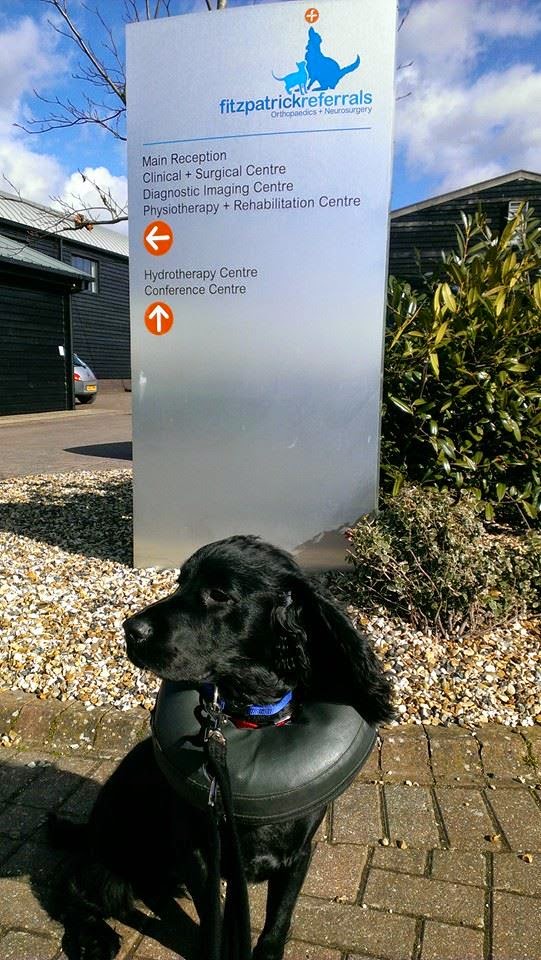 The good news is, no more fat collar and I'm just waiting for an appointment to start Hydrotherapy to build up my muscles again.

That's about it from me for now.
I wonder what my next Daft Adventure will be?