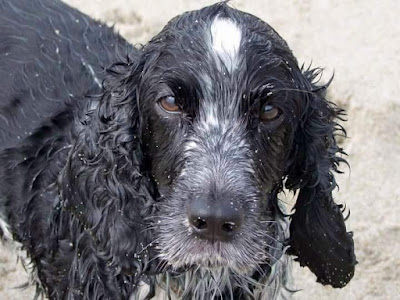 It hit us really hard, even now I'm struggling to write this post, Badger was the first dog we got as a couple, my first Cocker Spaniel after almost a lifetime of having Rottweilers
He was so different from any dog I'd had previously and because he only weighed 9.5kgs he got away with all sorts of things my other dogs had never been allowed too, he slept on our bed and furniture, he pulled like a train on the lead and suffered with fear aggression after being involved in a nasty incident as a puppy
After several years of love and positive training we eventually got him over his fear aggression towards other dogs and he was once more a jolly little Cocker Spaniel called Badger
Continue The Adventure >>>>>
Posted by Dawn Hart 7 comments: