Today's post first appeared on the other blog I used to write called Me, Myself and I way back in June 2012, it was by far and away the most popular post I ever wrote back then
I used to write openly and honestly about what was going on in my life at the time, my struggles about being forced into medical retirement after an accident at work, my alcoholism and how it still affected my life as a recovering addict who'd already been clean and sober for nearly 11 years when I decided to start the blog, plus many other happenings going on in my life back then, a kind of diary I guess so I would never forget
I'm re-sharing this post here today after a discussion with one of my Instagram followers about the difficulties of finding a bra that's comfortable for us larger ladies up top whilst offering the maximum support
Since I first wrote this post 9 years ago my writing style has changed a lot, I considered editing it to bring it more up to date with my style now, then decided not too
How it was written must have been what people enjoyed about it at the time, so I'm sharing it exactly as I wrote it back then
I hope you enjoy this tongue in cheek post about one of the many womens problems that's rarely ever talked about in public
Dawn xxx
Just read a brilliant post by Dr G's Vintage about comfy undies, and thought what a great idea to write a post for the ladies who are endowed with more booby than is practicable.
Now I'm not talking about the fake ones, I'm talking about the real ones. The ones that can make your life a living hell. 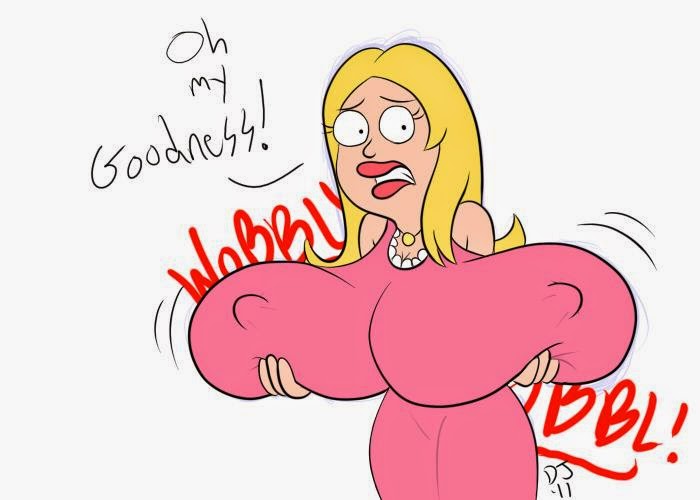 I don't know anything about statistics and I've not done a poll, but I do know there are lots of women in this country with such huge breasts they can affect their everyday life. I know this as I have a pair of these huge monstrosities, that I have to lug around 24 hours a day.
I can't wear pretty delicate lacy underwear, I have to wear something that resembles the scaffolding around Battersea Power Station!
The delicate stuff just isn't up to the job, the straps are too thin and cut into your shoulders like cheese wire, imagine carrying a really heavy carrier bag all day that's cutting into your fingers and you can't put down. Then there is the problem with the cup size, it's either too low or the material hasn't enough elastic to hold you in, and you get the unflattering double breasted look, or they spill out under the armpits, both of which are very uncomfortable!
Then you get the under-wired ones, manufacturers will have you believe under-wires offer support. They might do if you are of a normal size, but I wouldn't know. When you are carrying around something that is nearly the same weight as a couple of bags of sugar, under-wires do absolutely nothing except dig into your ribs and the skin under your arms, feeling much like they are trying to get into your internal organs.
Very few shops stock the large over-sized  bra's which makes getting new ones difficult.
The only real option is online, and that can be a nightmare. The manufacture of over-sized bra's has improved greatly over the last 10 years or so, but as any woman knows, you really need to try it on. Manufacturers sizes vary greatly, and so do the shape of womens breasts.
Last time I went to buy a bra, I was lucky enough to find a shop that had some that were nearly my size. I tried on 17 before I found one that fitted. Great I've found a bra, so I ask for 6 more as I really needed to replace my old ones, only to be told I will have to order the rest as they only carry one size of each style in stock. How frustrating, if I had been of a normal size I could have bought them there and then!
Then there are the physical problems. The constant back pain because of carrying what amounts to a heavy ill fitting rucksack on your front, and the bleeding shoulders because of the constant digging in of the straps, and the never ending war against fungal infections underneath these alien life forms!
Then when it comes to finding clothes, it's yet another nightmare. You can't wear anything strapless, low cut or with thin straps, because of the huge ugly bra you have on underneath.  I hear somebody saying "Why not use Tit Tape?" I'll tell you why, it  isn't up to the job, now if they made it with Superglue then maybe!
Any seams or lace on the bra show though the front of thin blouses, and you can always see how wide the straps and back strap are through the back of anything tight fitting.
After a lot of years you have had enough of this living hell, so you go to the Doctor to ask for a Breast Reduction. Only to be told that very few are done by the NHS as it is not classed as a medical problem, you will have to go private!
Yet if you want a breast enlargement, all you have to say is the size of your breasts make you feel unhappy about your body image and you can get bigger breasts on the NHS.
How unfair is that!!! 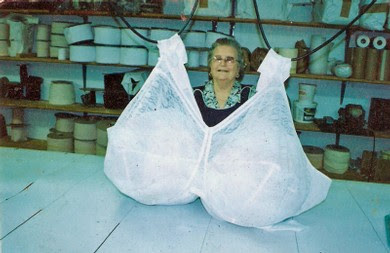 Email ThisBlogThis!Share to TwitterShare to FacebookShare to Pinterest
Labels: Bra Fitting, Female Problems, Health Checks, Me Myself and I, Pain, Taboo, Women