An awful lot has happened since I last posted but I'll tell you more about that in future posts.
Today I have to tell you the very sad news that Badger Boo crossed The Rainbow Bridge last Wednesday morning.

It was discovered a few weeks ago he was suffering with Pancreatitis and he was quite unwell, but with medication he soon rallied and became more his like his old self again.

Then last Tuesday he became very unwell, he was rushed to the vet and given a massive painkiller injection, he then came home to say goodbye. He spent the night sleeping on the sofa with mum, dad and me.

Then on Wednesday morning he took his final trip to the vets. He passed away peacefully in mums arms wrapped in a big fluffy towel. 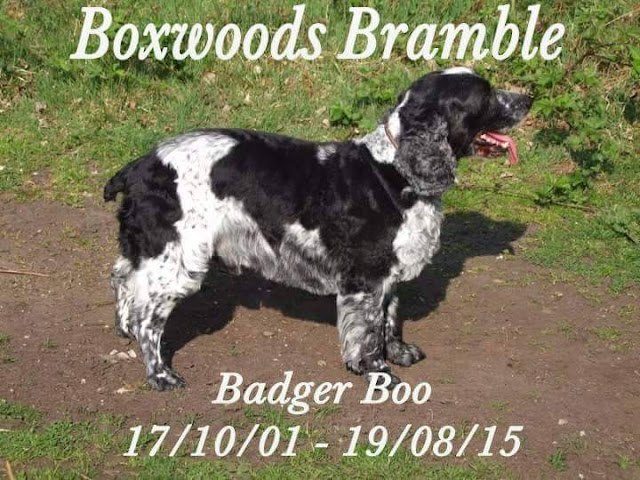